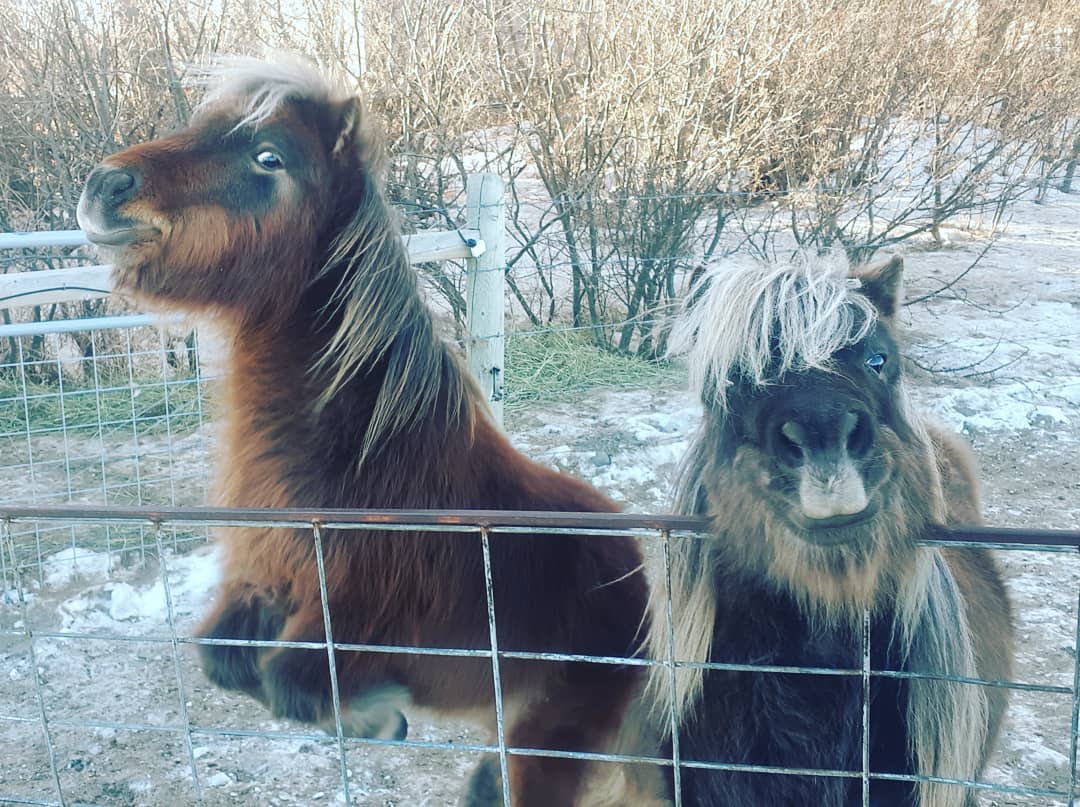 Who’s been told “never hand feed a horse treats or they’ll bite you!” or some variation of that?

I’m pretty sure you have, unless this is your first day with horses. 😉

There is this idea that’s prevalent in the horse world, that the use of treats aren’t “real” training (spoiler alert: science disagrees) or that they’ll just teach your horse to bite (which is only true if you give them treats when they bite you).

Using food rewards isn’t necessarily bribery. If you’re having your horse follow a bucket of grain to get them where you want them to go, then yes, that would be bribery, and it would probably also result in some bad habits around food and very little actual learning.

Proper use of positive reinforcement involves the food reward being used, well, as a reward – AFTER the behaviour, not before. It also includes the use of a marker or bridge signal, something that teaches the horse that their behaviour is what results in the food reward.

Your Horse Won’t Bite You

Unless, of course, you accidently teach them to bite you. Food rewards are HIGHLY reinforcing, so whatever behaviour your horse just did they’re going to want to repeat. If you feed them when their nose is on you, or they’re lipping at you, then that behaviour is going to be repeated – with enthusiasm!

Instead, make the first thing you teach with food rewards food manners – ie, standing calmly with nose not on you earns the food, and then with consistency that will be their default behaviour, not biting. In fact, I’ve had very good luck reducing mouthy behaviours by introducing training with food rewards.

If you’ve been training your horse and getting the results you want, you’re probably wondering, why would I change anything? And you don’t have to. If you’re happy and your horse is happy.

But is your horse really happy? Are they engaged and keen and as interested in learning something new as you are in teaching it? Are they waiting at the gate wanting their turn, or are they hard to catch?

Since I switched to training using primarily positive reinforcement, I never have a hard to catch horse. In fact, the biggest challenge I have is convincing them to go back to the pasture with their friends when I’m done – they always want to play more!

Most horse training is done using pressure and release. That means that we apply an aversive stimulus – something the horse doesn’t enjoy – and remove it when they give the response we want. The removal of the pressure tells them they got the right answer.

Instead, we can mark the right answer by giving them a food reward – this way they’re working towards a reward, instead of away from pressure.

Instead of just avoiding, now we have a horse who is actively engaged and looking to solve the problem and learn in order to earn the reward.

Do I Have To Feed Them Forever?

If you train with pressure, the goal is to minimize the pressure as the horse advances in their training, but you never stop using pressure altogether and you can return to using more as needed.

It’s the same with food. As the horse advances in their training, you can build longer chains of behaviour and feed less frequently, but you don’t stop using food altogether and you can return to using more as needed.

But I don’t know why you’d want to stop feeding them altogether anyway. It’s fun for both horse and human to give a food reward! It doesn’t make sense to me that people are more willing to continue to use aversive tools, that aren’t fun for horse or human, than they are to continue to reinforce with food.

Food rewards don’t have to be horse treats filled with molasses and oats, and in fact in most cases treats are too high value for training anyway, regardless of dietary restrictions.

Food rewards are just that – food! Any food can be reinforcing, and often less exciting food means that the horse is better able to learn and focus, without being SO hyper about the cookies.

Hay pellets, complete feed, part of the horse’s usual ration … there are lots of options out there, even for horses with metabolic issues who have to watch their diet very carefully.

I Want My Horse To Work For Me, Not For Treats

Really? Even if you love your job, and your coworkers, I bet you don’t turn down your paycheck. Your horse is working for you, you’re just paying them for a job well done by adding food rewards!

Not only that, but the reason that food rewards are so effective is because food is a primary reinforcer – it’s highly rewarding to the horse and is accompanied by a nice little dopamine release in their brain. And that dopamine release and all the good feelings that go with it become strongly associated to the behaviours you teach using food, and to you.

So your horse will enjoy being with you, and performing the skills you teach them, as much as they enjoy the food.

Once upon a time, I remember saying, “Oh no, I feed my horses treats, but never as part of training.” My exposure to training with food rewards was poor examples, or horses early in the process, and I used that as evidence that it didn’t work.

But I’m so glad that I pushed through the cognitive dissonance, and continued to learn more about how horses learn and the value of training with food. Because I have never had so much fun with my horses as I do now, and that’s because they are having just as much fun as I am, active participants in everything we do.