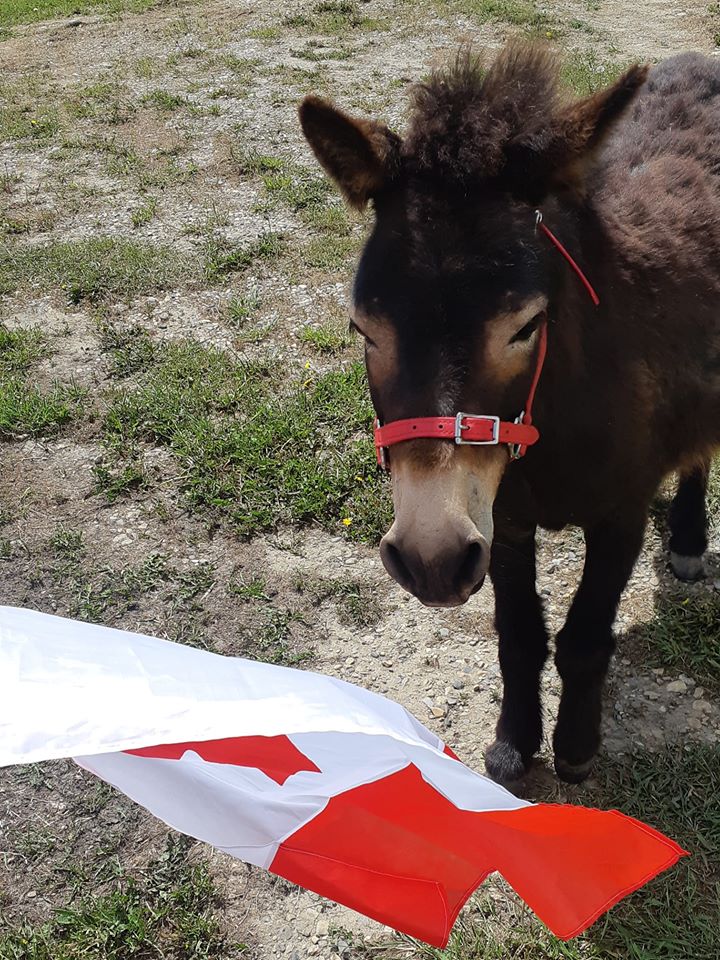 Desensitization is a word that generally means teaching your horse not to respond to things.

You can see how people think it’s a good thing – it’s scary when even a tiny horse has a big reaction!

But I want my horse to respond to things. Things like my cues, and the world around them. I want them to be alert and aware. I don’t want them to tune out.

As with so many things, it’s not the process itself that’s the problem, it’s how it’s done.

Exposing your horse to new and potentially scary things is a good idea.

Forcing them to interact with the scary thing, ignoring all their efforts to make the scary thing stop until they learn they can’t make a difference anyway so they stop reacting and just shut down – that’s not good.

The term for that is called “flooding”, where the horse has no way to get away from the aversive, so they eventually stop reacting. It’s not a good thing – they’re so stressed that they shut down, and while they’ve stopped reacting, they’re more terrified than ever. A horse trained this way might seem like they’re “bombproof” but one day something is going to break through their shut down bubble and then you’re going to see all the reactions they’ve held in.

Instead of trying to control our horse’s reactions, we can teach them that we’ll always keep them safe. We can use choice and work at liberty to give our horse confidence and safely allow them to react however they feel they need to. We can use classical conditioning to associate new potentially scary things with something they value, like food. We can use positive reinforcement to explain how to safely interact with the scary thing. And the more new potentially scary things they see that turn into a fun and rewarding game with their human, the less scary anything new becomes.

Read more about habituating your horse to new things in my Understanding Your Miniature Horse ebook.