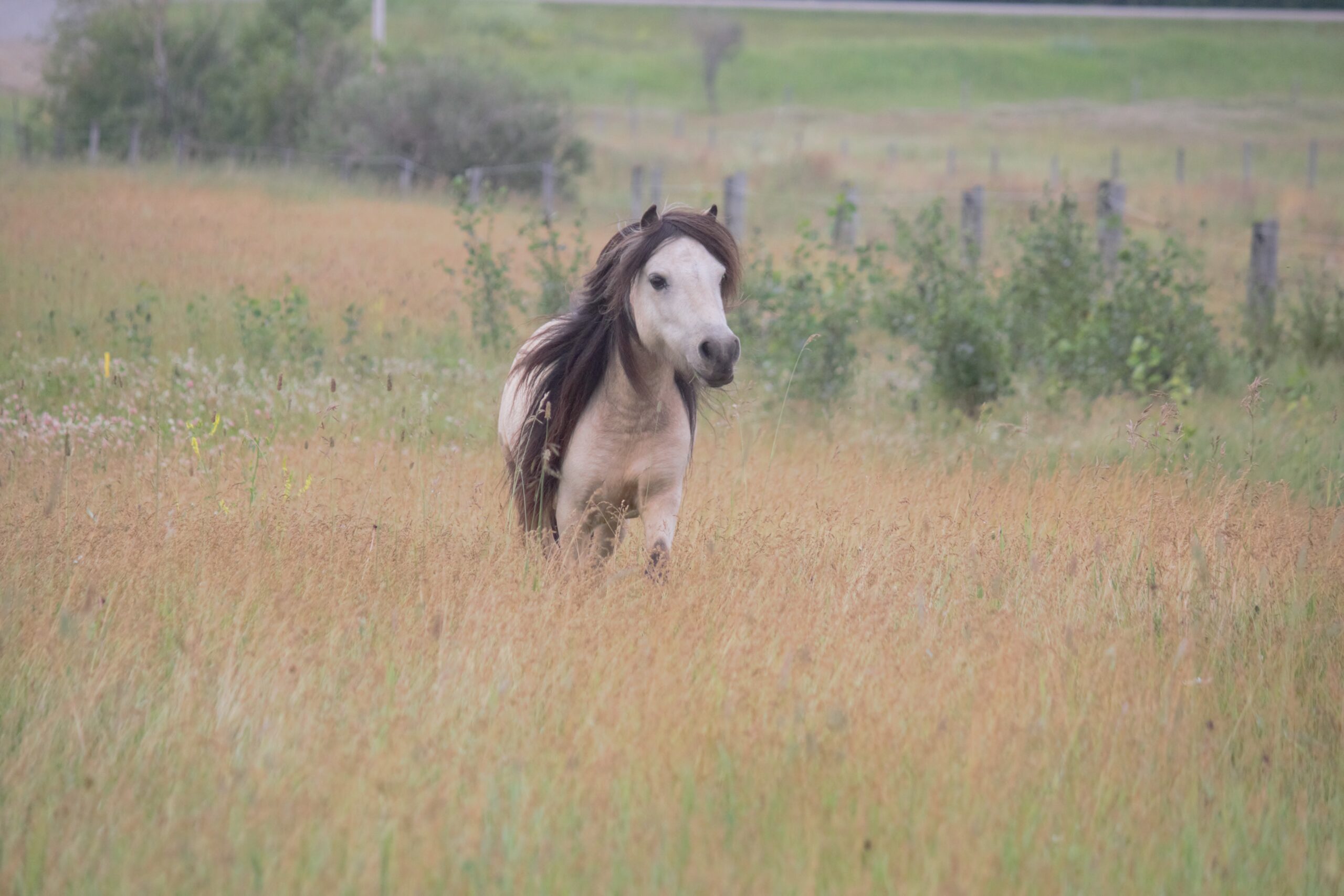 The scientific definition of Learned Helplessness is as follows: Learned helplessness occurs when an animal is repeatedly subjected to an aversive stimulus that it cannot escape. Eventually, the animal will stop trying to avoid the stimulus and behave as if it is utterly helpless to change the situation.

Many traditional and “natural” horsemanship approaches intentionally or unintentionally can put a horse into a state of learned helplessness. There is a reason why our traditional vernacular refers to a trained horse as “broke” – a horse who no longer reacts or “fights back” is considered broken. An apt term, actually.

Luckily today we know better, and have many more progressive techniques to allow our horses to learn without fear, and to be engaged and willing participants.

But the use of aversive tools, escalating pressure, and the fact that Miniature Horses are small enough that they CAN be physically moved and restrained can all combine to mean that we could, unintentionally, place our horse into a state of learned helplessness.

This is bad, not just from an ethical standpoint, but also safety. Their “bubble” of learned helplessness isn’t going to last forever. Someday something will wake them up again, and the reaction could be very dangerous for themselves and the humans around them.

So what can we do to avoid it?

Have fun, and make sure your horse is always having fun too!

You can learn more about Learned Helplessness in my Understanding Your Miniature Horse ebook!