Senior horse care can involve quite an investment of time and money, but it’s so rewarding. After a lifetime of working for us in one way or another, our senior horses deserve nothing but the best in their golden years. Here’s all of the “over-20” horses we’re currently caring for, and a little about them and their management.

Starting with our oldest (and my dearest!)

Image is the most important horse in the world and has been since I was just 16 years old and started showing him. He was a roadster horse in his day and still loves to drive. Image has PPID (Cushings Disease) that is currently well controlled with Prascend, though he has had to increase his dose to 3/4 of a pill. He also struggles with high insulin, but recently we’ve had extremely good results in giving him Metformin – after playing with dosages we have gotten his insulin from over 200 (normal is less than 40) all the way down to 25! We are optimistic that this will prevent the winter flareups of laminitis that he’s become prone to in recent years. Image only has one eye, and we believe him to be completely blind in the other, but he does very well in his familiar environment and with his “seeing eye horse” Robin always close by. Image has very few useful teeth left, so he eats a diet of soaked timothy alfalfa cubes and senior feed.

Robin was a show horse and an exceptional broodmare for us, raising 16 foals, including our resident artist, Hawk. She is the dowager duchess of the farm, and is forever threatening to speak to a manager because I’ve done something not exactly to her liking. 😉 Robin has PPID (Cushings Disease) that is currently well controlled on 3/4 of a tablet of Prascend. She’s doing very well at the moment – three years ago that wasn’t the case, with a severe bout of laminitis related to her Cushings that she nearly wasn’t able to recover from. I also give Robin Previcox in the winter months, to help with general aches and pains. Robin has a lot of age related dental issues, so her diet is soaked timothy alfalfa cubes and senior feed.

Knight Rider was a wheel horse in my Grandad’s eight horse hitch for over 300 parades, and this summer we’ve been having fun driving him on the lead of our four horse hitch. He is loving being in front and is so excited to be back in harness! Knight Rider has PPID (Cushings) and is doing well on half a tablet of Prascend. His main symptom was weight loss, and he’s carrying a much healthier weight now, on pasture in the summer and hay supplemented with soaked cubes and senior feed in the winter.

Pride has only recently joined our retirement herd, about six weeks ago. In his younger days he was a great driving horse in the show ring, and more recently was a very special friend to a little girl. He was recently tested and has PPID (unsurprisingly as he was textbook with a long, curly haircoat, chronic laminitis and a dull demeanor) which we’ve just started treating him for – I think he’s already looking a little brighter, hopefully we see a big difference in him now that he’s on medication. His feet were in need of some attention, but after two trims, and another coming up this week, they’re dramatically improved. And he had some dental issues that will need to be closely monitored. He’s now on half a tablet of Prascend and a quarter tablet of Previcox as he is was quite sore when he arrived though he’s improving. He eats hay supplemented with soaked cubes and senior feed.

The newest resident of the senior citizen group, moving here just a couple weeks ago, Quix Draw was a great show horse, in halter, obstacle, jumping, and especially driving! He’s a half brother to Robin, and it makes me smile to see them in stalls side by side. PPID test results are still pending but he’s underweight and wooly so we had a strong enough suspicion to test him. His teeth have age related wear, so he is eating soaked cubes and senior feed and is a great eater so I’m sure he’ll be nice and chubby before we know it! UPDATE: Quix Draw does have PPID and has started on Prascend.

Zac was my brother’s show horse and was shown every single year of his life, starting when he was a baby, until a couple years ago when he made it clear he no longer wanted to go on overnight trips, though he still loves day outings, to parades last year and to the Bethany to visit Grandad this year. He has been driving with his bestie Knight Rider recently, in the lead of our four horse hitch. Zac has PPID and is supposed to get half a tab of Prascend daily, but he is awful about taking his pill, so luckily he’s doing well on a “when I can get the pill into him” treatment schedule. 😉 Otherwise he’s in great health and doing well!

While broke to drive and was driven around home, Spook’s nervous nature meant he didn’t go to any parades or shows as it would’ve been too much for him. He suddenly lost weight this spring, but after some dental care and senior feed he’s picked right up and is doing well out with the herd again, though I will be bringing him into a pen for the winter to make sure he gets all the hay he can eat and supplemental senior feed. He is generally in very good health and just needs a little extra nutrition. 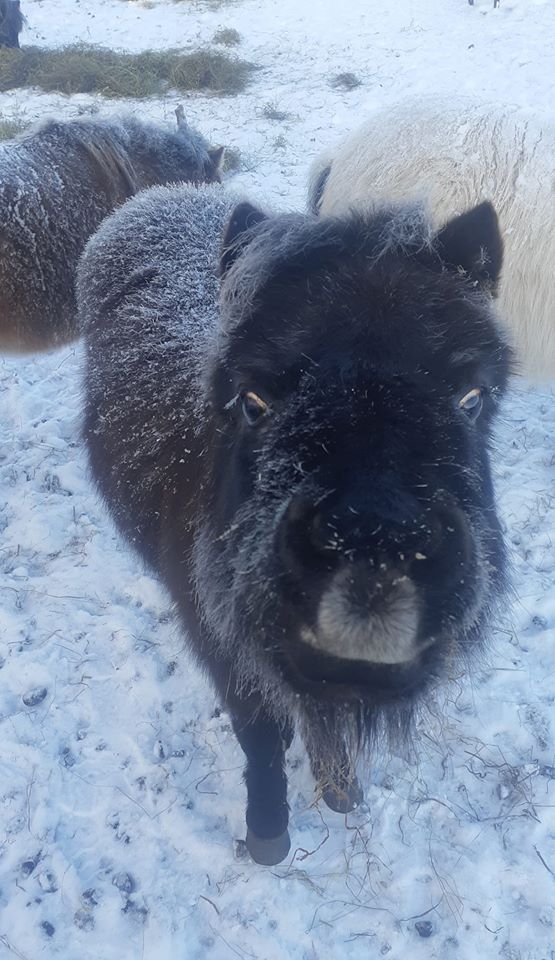 Paco was a long term member of my grandad’s eight horse hitch, and has been another important part of our four horse hitch driving adventures this summer! He also loves kids, the littler the better. Paco was very thin last fall, but a winter’s worth of soaked cubes and senior feed and a LOT of dental care through the past year and he is chubby as can be again! I have tested him a couple different times for Cushings, as he seems typical with slow shedding, but he doesn’t have PPID and needs no daily medication. This winter he should do well with free choice hay and senior feed. Paco also wears his winter blanket all winter – while most of the old folks I put blankets on and off as needed in the cold months, Paco is pretty adamant that his blanket is ALWAYS needed. 😉

Another retiree from the eight horse hitch, Pending has been enjoying his second career playing with his friend Ethan and helping people learn about Equine Experiential Learning with my friend Julia. This summer I have been thinking he’s just not quite carrying as much weight as I’d like, so we’ve been doing some additional dental care and had him tested, though he does not have Cushings. Hopefully he’ll do well this winter on free choice hay and senior feed, but if he needs soaked cubes as well we’ll add that in as well. 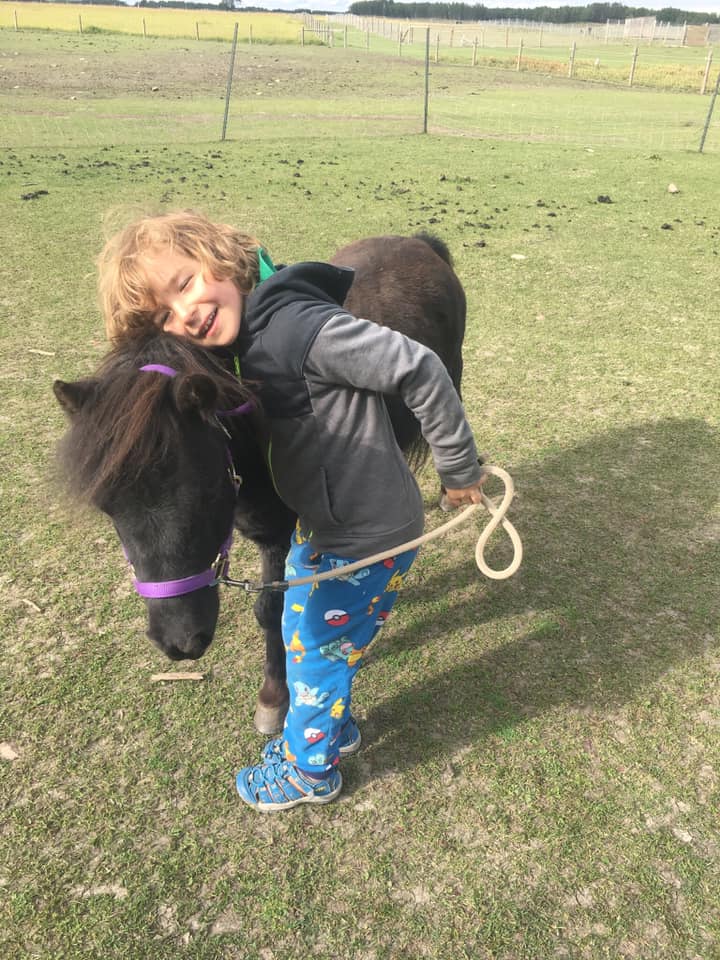 Duke is one of or best and perennial show horses, as well as a good lesson horse. He is in great health, with no real age related concerned. He gets regular dental care, and I monitor his weight carefully through the winter months, but so far he is happy and healthy living in the herd. 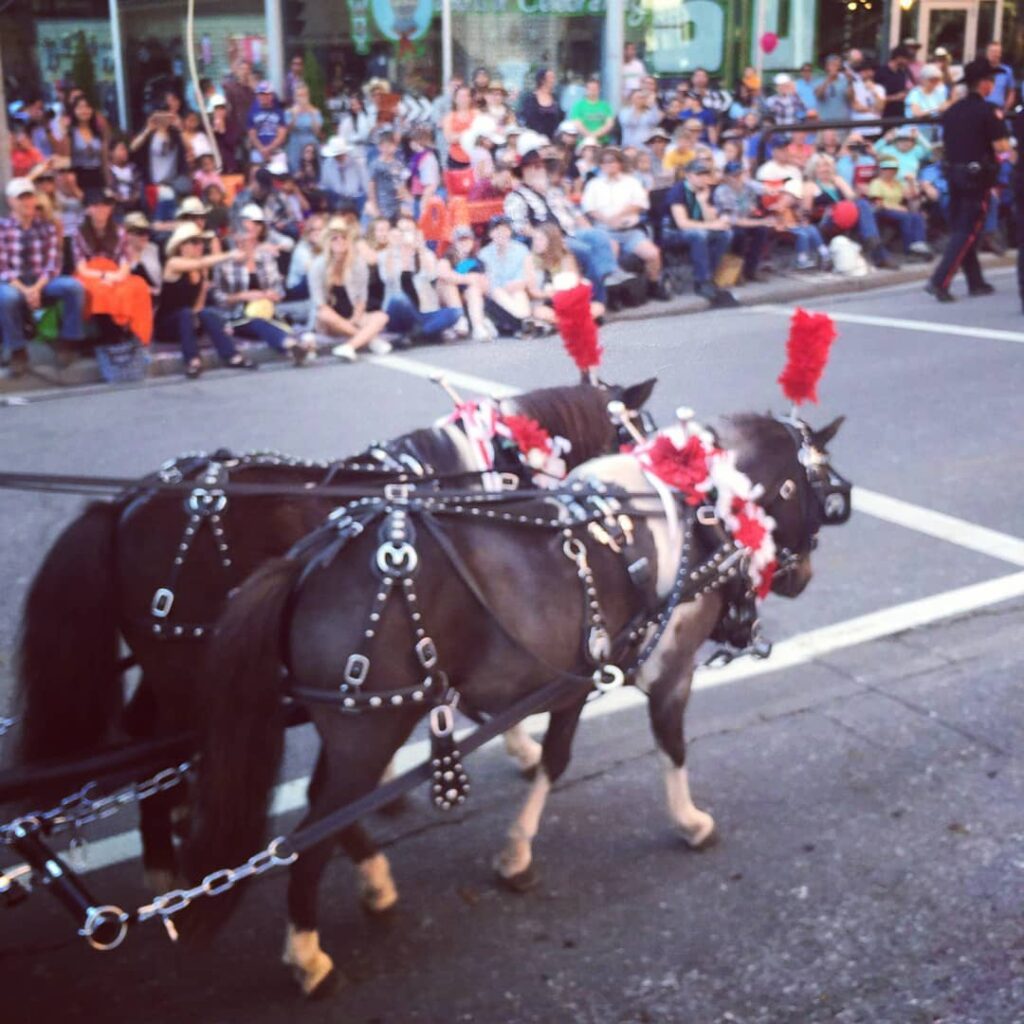 Dusty is also new to our family, joining us this summer. She is in great health, though is missing an eye, which does not bother her at all. 😉 I will monitor her through the winter, but like Duke I expect she will do just fine living with the herd. 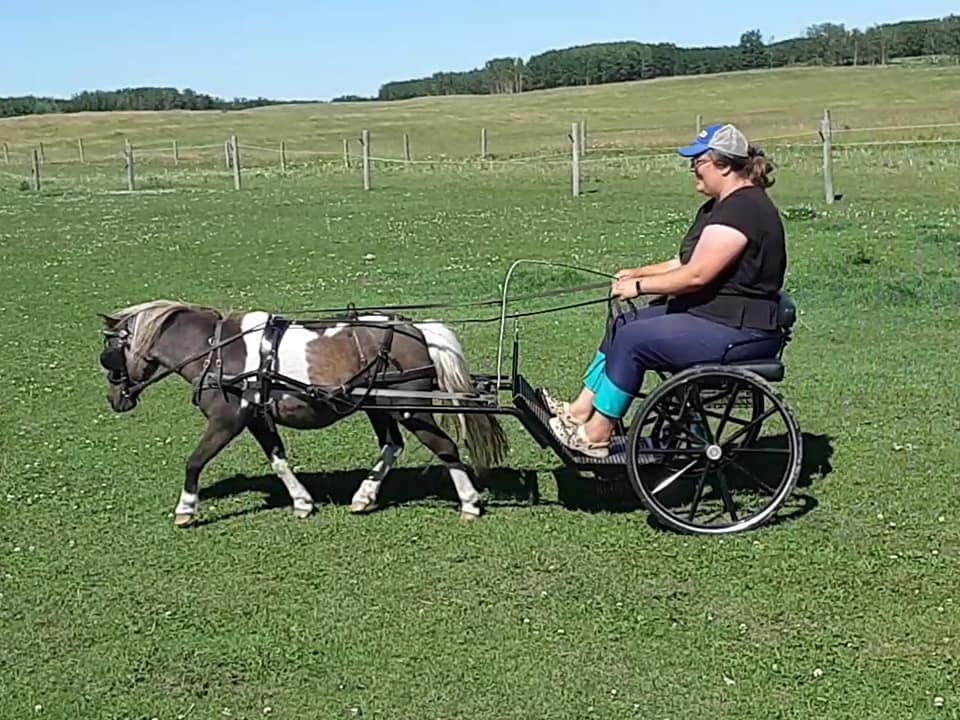 6 thoughts on “Our Senior Horses”