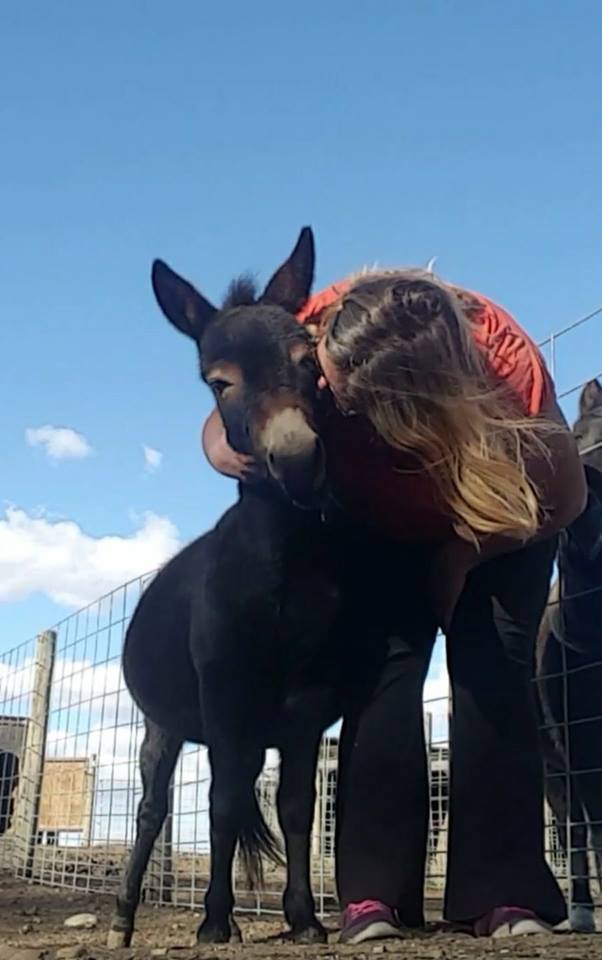 But they don’t respect me.

Respect is a human concept.

Humans have a pre-frontal cortex. It’s the area of the brain that is associated with our ability to plan for the future, decision making and moderating social behaviour. Things like, deciding that we respect someone, or not, and how that affects our behaviour towards that individual.

Horses don’t have a prefrontal cortex. As a result, they live in the moment. They react to the world around them as they encounter it, without preplanning. The aren’t capable of thinking “this human isn’t worthy of my respect, so I shall run over them today” – instead it’s far more likely they thought nothing more than “ah scary, exit at speed” and the human just happened to be in the escape route.

I realize that some humans use the term respect simply to describe a horse who shows a standard of behaviour we consider acceptable.

Unfortunately, I find it’s much more common to use the term respect  – intentionally or otherwise – as a way to justify punishing behaviour that we don’t find acceptable.

I think words matter. If we say “he’s being disrespectful” we’ve given intent to his behaviour, and unconsciously given ourselves permission to punish it. But there is no intent. Horses don’t choose to behave a certain way just to ruin your day. They’re fearful, they’re confused, they’re in pain, but they always have a reason, and it’s never a lack of respect, because they simply don’t think that way.

There is such a focus on respect, the impression is that if your horse respects you, then they’ll do whatever you want and you’ll never have an issue again. But that isn’t true either.

If your horse is behaving in a way you would like to change, then you need to teach them the way you DO want them to behave, make that more reinforcing for them, and then that’s what you’ll see instead. Focus on what you want to see, instead of what you don’t. So much of tradition horse training has us focusing on what we don’t want, making it uncomfortable for the horse so they won’t want to repeat it. But we forget to tell them what we DO want them to do.

Imagine that you were starting a new job. You don’t know how to work the computer system, or where anything goes. Instead of teaching you the right thing to do, the manager just waits until you make a mistake, and then shouts at you and docks your pay. How would you react? Would you be motivated to get it right, but very worried about offering attempts in case it’s wrong? Would you quit entirely and not even bother trying? Or would you fight back? Because those are all behaviours we see from our horses, all things that could be labelled as “disrespectful” when we simply haven’t taught them what the right answer is.

Of course, I want a horse who is pleasant and safe to be around. But I don’t want one who is that way because he’s afraid of the consequences if he isn’t. I want him to understand what is being asked of him, be engaged with the activity right along with me, and willing to try something new, even if it’s a mistake, because he’s confident he has a voice in the partnership.

Focus on what you do want to see. Think about what your horse needs to be able to do that. What baby steps could you teach him towards the final goal. What would he find reinforcing enough to make him want to do it again. Don’t just wait for him to make a mistake and tell him he’s wrong. We want to encourage our horses, not break their spirit.

Many years ago I was working at a busy breeding facility and we had a new potential recipient mare (that’s a mare who carries and raises another mare’s foal) named Taco. She was a lanky tall mare, at least 16hh, with a neck that went straight up and a roman nose. She was very concerned about leaving her herd, and was difficult to catch, and then had no hesitation to run right overtop of you if she thought it might get her back to her friends. I can remember yanking on her for all I was worth, flailing at the head, smacking her in the face, trying to do anything to make some sort of impression so she would realize I was there before she bowled me over and headed for her pasture. Even fences didn’t stand in her way … I watched her crumple a metal gate one day when we tried to put her in a pen by herself to make her easier to catch. It didn’t work.

But now, with 20 years more experience and understanding of how horses react to their world, I know that she was in a fight or flight response, brought on by separation from her herd where she felt safe. Since every human who had ever handled her had likely approached it exactly as I did, fighting back because we were fearful of her size and strength, her belief that she was in danger when separated from her herd was proven correct over and over again.

She wasn’t disrespectful. She believed she was fighting for her life.

Now if I had chosen to escalate my punishment to something that was painful enough, a chain, or stick, or some other tool of “control”, then she might’ve stopped running through me and dragging me around, and there are those that would say she had “learned respect”.

But that wouldn’t have been respect. It would have simply meant that she feared the pain that I was now able to inflict more than she feared leaving her herd. It would’ve mean replacing one form of trauma with another.

What if instead we’d brought a friend with her? Or spent some time getting to know her in the pasture where she felt comfortable, and started teaching her some valuable skills and tools there, where she felt safe enough to focus and learn. Of course, that wasn’t necessarily something we had time for in that situation, but there are so many horses who are showing similar behaviours who are met with aggressive punishment instead of empathy and training.

Unless we’re talking about our respect for the horse, we don’t need to be talking about it at all. “Respect” is a catch all term that isn’t accurate, or effective for the nuanced reality of training a horse.

Instead of talking about a lack of respect, let’s simply change the conversation towards teaching them the things we would like them to know to navigate our human world, and helping them to be good equine citizens.

2 thoughts on “My horses don’t respect me”