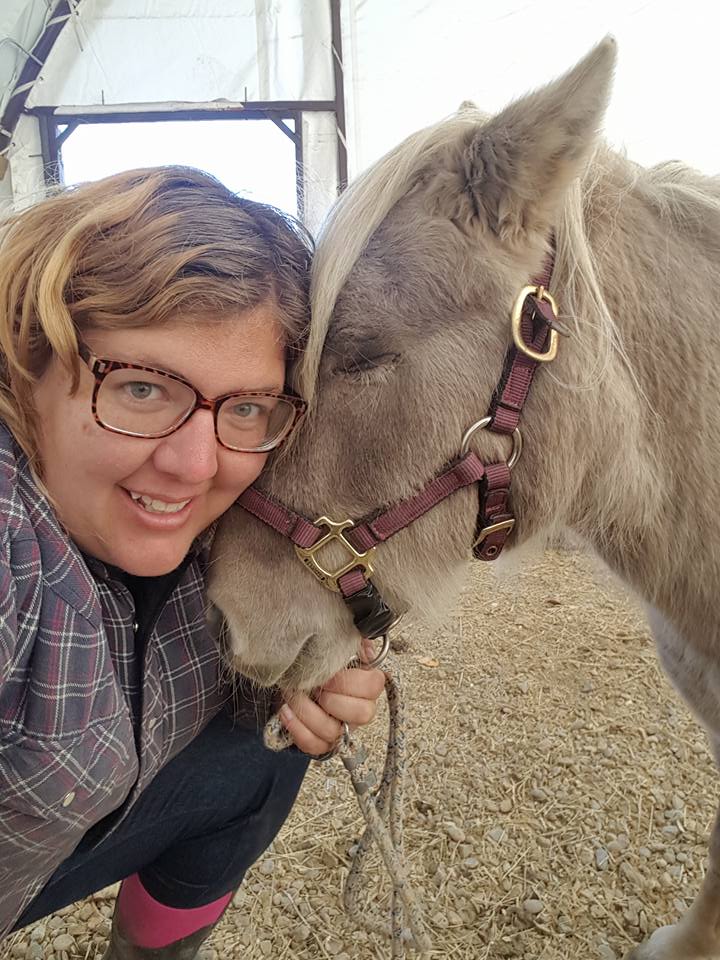 Too often, when someone asks for suggestions for handling their Miniature Horse online, I see people giving them a variation on this advice.

“Make sure he knows you’re in charge.”

“Don’t let him get away with that.”

“Put the fear of God into him!”

And it always leaves me biting my tongue so as not to get into a fight on the internet (something I always try to avoid, though it’s surprisingly easy to do).

I can’t think of a more dangerous bit of advice to give without knowing anything about the horse, the situation, the handlers experience, or anything else that could actually help decide how to deal with a problem situation.

After a lifetime of horse learning, that’s no longer the way I choose to think of working with horses. I want a partner in my horse, I don’t want an automaton, performing because they’re afraid of the consequences of making a mistake rather than because they enjoy the process.

That doesn’t mean that I never raise my voice, that I never give a well timed smack if it’s warranted. There are some behaviours that simply aren’t okay: biting, kicking, rearing. But even if the behaviour earns a rebuke, it still needs to be analyzed for it’s root cause, so you can help them understand and come up with a more acceptable response instead.

Every single horse has a personality and history that is completely unique to them. A behaviour that could be described exactly the same way in a question from a rookie horse owner in a Facebook group, might be caused by fear, or confusion, or aggression, or even a health concern.

Advising a beginner horse handler with a potentially fearful weanling Miniature Horse to “show him who’s boss” is a recipe for disaster.

There is ALWAYS another way to approach any issue.

Let’s start giving our Miniature Horse’s the benefit of the doubt and work with them, not against them.

One thought on ““Just Show Him Who’s Boss””