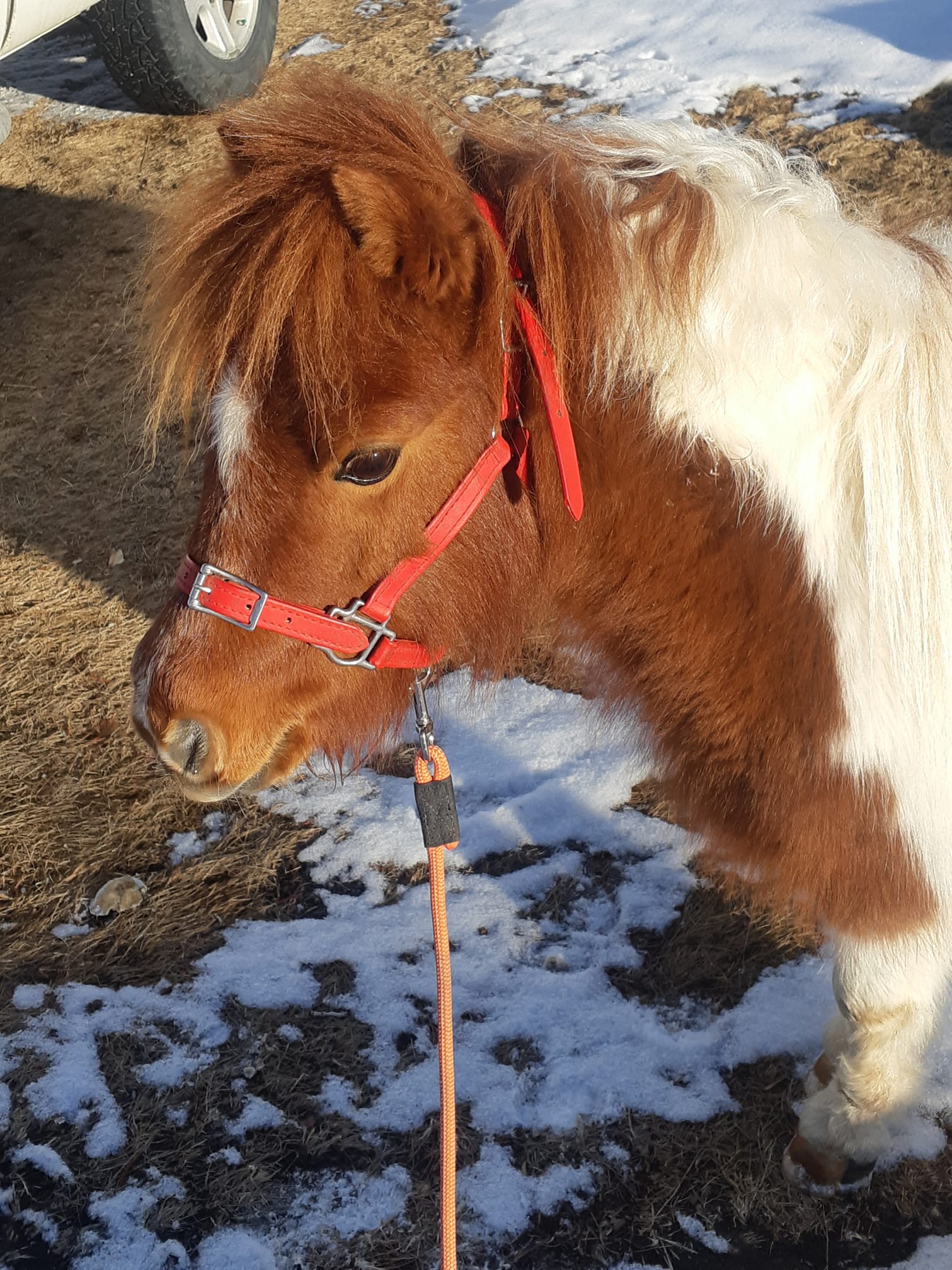 That’s true of everything we do, but I think especially true of our horse activities.

It’s not just us, after all, but another living breathing animal with thoughts and opinions and reactions that we don’t always understand.

I’ve been struggling these past couple weeks. Little Duke moved up to advanced level in the online horse agility league, which means quite a bit of trotting in the course. Which is generally okay, but due to poor footing outside I decided the only way I was going to be able to safely work on the course and enter would be to set it up inside the barn.

It’s great that I have that option, but it’s very cramped, which means trotting is a really big challenge, added to already challenging obstacles.

And then we had a bad day.

He wasn’t on his game right off the bat, which usually means I wasn’t on my game first. And then I got trapped into the “if we just try one more time” way of thinking, which is a terrible idea and never ends well.

It didn’t. We had no fun, accomplished nothing, got super frustrated, and neither one of us wanted to play agility any more.

With lots of other things on my plate it was easy to backburner the agility practice since I was legitimately afraid that I’d soured him on something he loved to do, so it was 5 days after our bad day before we tried it again.

And he was so dull that I was afraid he wasn’t feeling well. It’s a pretty awful feeling to be HOPING that you screwed up his enjoyment of the activity rather than that he’s sick.

He wasn’t sick (phew!) so that meant I had serious damage control to do. But I was also feeling very discouraged, and it wasn’t easy to make myself carve out the time to do it.

The next day I had a chance, I took him for a walk instead. He likes to go for a walk around the the yard and down the driveway, and he was bright and looky and his usual spooky little self. We practiced some trotting and outside he trotted the second I asked him. Back inside on the agility course we ran through it at liberty – he tentatively did an approximation of what I asked, but wasn’t very interested and for some obstacles would wander off.

The deadline was looming, and my one and only goal for the year was to enter agility with Little Duke every month, which seemed less and less likely. Wouldn’t that be a shame to miss on the first month, when I’d been practicing the individual skills all month!

I went to try again with only 3 days left, and when the first two obstacles didn’t work at all, I threw up my hands, turned Little Duke back out, and lugged the entire course outside. It was a rare non-windy day, and I had a patch of yard that I’d previously plowed off for the hay truck to get in, so it only had a little bit of snow and wasn’t icy underneath, so I set the course there.

I tried a few obstacles, and he was back to his old self! Engaged and keen! So I called Mom to come film, and on our first attempt at the full course we did a great round – not perfect, but it felt so great to be working together as a team again!

I’m so happy I found a solution, though I think I still have some work to do to convince him that obstacles in the barn can be fun too, but I just feel so much better. It’s a really awful feeling knowing you’ve made a mistake that affected your horse like that, and I’m really happy to be on my way to undoing it.

We’re so lucky that horses are resilient and forgiving. And they learn so much faster than we do! I know better, after all, than to let myself get hyper about getting it perfect, or to keep working once I get frustrated, but I’ll learn from this incident, and be much better at making a new plan or walking away when I need to.

It’s not easy to share the things we struggle with, and this was a “losing sleep” level of struggle for me over the last couple weeks. But I’m sharing because it might help someone else to know they’re not alone. We’re all doing the best we can, and we all make mistakes, but as long as we’re always learning and trying and improving we’re doing okay. ❤