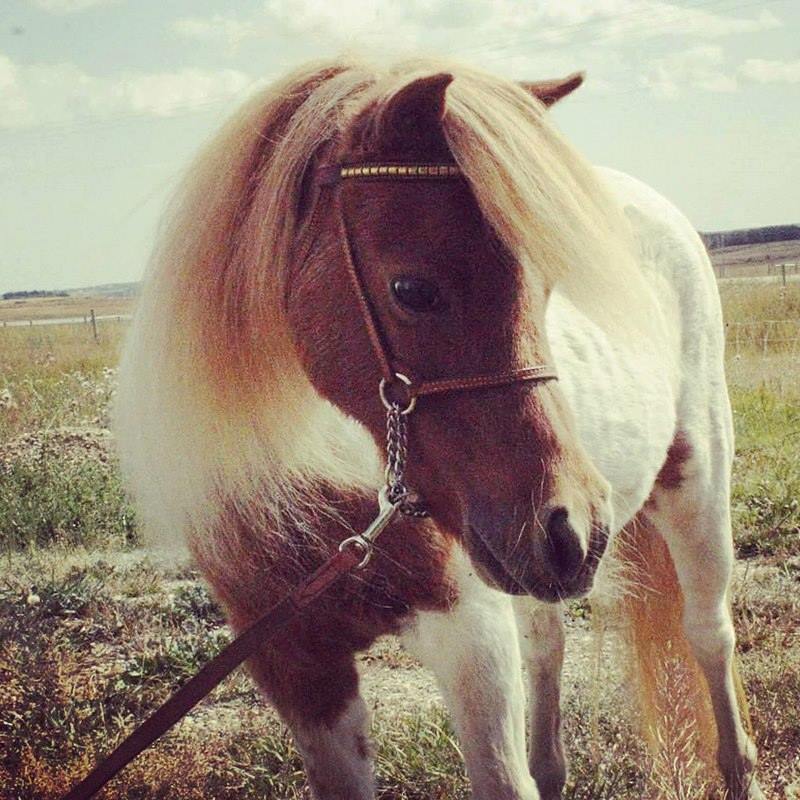 Robin’s 30th Birthday was April 24th! I wanted to have a big party and invite everyone who helped her make it to this milestone – her family, her farrier, her veterinary team – but since parties are contraindicated in the covidtimes, we celebrated her online instead!

Mom was on the phone with Grandad when Robin was born 30 years ago. He’d recently broken his ankle, so he was in the house watching on the camera while Grandma went to the barn to help Bunny deliver her foal.

“The foal has white legs all the way up,” he told Mom as he watched, then “oh shit, it’s all white.”

That year we named all the foals for birds, so of course the mostly white filly with a red patch on her chest was named Robin.

We showed her as a yearling, along with two other “bird” fillies, Chicodee and Maggie, and the three girls had a great show season, often placing 1-2-3 in their classes.

Robin’s real calling was as a broodmare. An exceptional mother, she raised 16 foals for us. Her foals went on to have a variety of careers – they are World Champions (Circle J Golden Phoenix), they were exported to Europe (Circle J Alcatraz), they were broodmares, show horses, combined driving horses, chuckwagon horses, saddle horses for small children, even one equine artist (Circle J Hawk, of course).

One year, Robin didn’t have a foal. Carrie broke her to drive, and we planned to show her again. The driving was going okay, until we clipped her for the show, and then the harness left a welt on her everywhere it touched. Always a princess, driving was clearly not for Robin, but she did briefly return to the show ring in halter as a senior mare.

Then that fall, in October, running with the herd in winter pasture, she came up one day with a foal following her – our only completely unexpected surprise baby in all these years. We named him Cataztrophy, because he could’ve been

Robin has been retired from raising foals for a decade now, but last spring when Bailey foaled and little Sparkle let out her first whinny, Robin lost her mind. She was whinnying and pacing, trying to get to that baby. Finally I let her out of her stall to go see. She went storming over to Bailey’s stall to find the baby, and Bailey (predictably) pinned her ears and got between her and the baby. Satisfied, Robin calmly walked back to her stall. I swear she said, “Good job Mom, you got this, just checking!”

It isn’t very often that a horse is cared for by the same veterinary clinic her whole life, but Burwash Equine Services has looked after Robin’s medical care for her entire 30 years.

In her old age Robin has really struggled with her health. She has Cushings, and despite medication and careful management, any disruption to her routine can trigger an episode of laminitis. Three years ago she was so bad that I was within an hour of deciding to put her down. I gave her dose of Banamine, and told myself if she wasn’t up and eating in an hour I would have to call the on call vet and let her go. In an hour, she wasn’t up, but I opened the stall door and busied myself cleaning Valdez’s stall next door. Robin eyed that open gate for a moment, struggled to her feet, and “escaped” at a steady stagger – she didn’t give up so neither did her team, and since then she’s had a few lameness issues, but largely has done very well, prancing around her paddock, ducking out of the gate instead of finding her stall, and tossing her head whenever she is displeased.

From managing her Cushings meds, to xrays of her feet, to dental care to deal with age related issues in her teeth, Robin definitely wouldn’t have made it to 30 without the exceptional care she receives from Burwash Equine Services. We are so grateful to have them as an important part of our horse care team, especially for our senior horses!

When you’ve had as many foot issues and laminitis flareups as Robin has in her old age, your farrier is your best friend!

For the past several years Robin has been trimmed every 2-4 weeks by her excellent farrier Hans Kollewyn, and it’s made a huge difference in her quality of life. Despite her persnickety personality Hans is one of Robin’s favourite people, and I’m sure it’s because she knows he helps her feel better and be able to continue to prance and headtoss her way through her senior years.

Robin and Valdez made a lot of very pretty babies together, and they were great friends into their senior years. Robin’s happy place was in her stall, eating her warm mush, with Image in his stall on one side of her and Valdez on the other. When we lost Valdez we were very worried about Robin, as she’s so sensitive to change. But with Paco (another blanketed old man horse!) in Valdez’s stall she managed well – she’s a trooper! Today she has her lil brother Quix Draw in the stall where Valdez lived, and she’s gotten quite attached to him too!

Robin’s very important job in her retirement years has been a seeing eye horse for Image.Image has been mostly blind for years now, and really relies on Robin when they are turned out. One day I came out to find they’d rubbed their gate open and were out in the pasture. I got halters to go bring them in, not wanting Image to have to navigate around the trees and through two gates. Robin had other plans. As soon as she saw me coming she “scooped” him up just like she did her foals all those years, and she took him back to their pen at a gallop, his nose right at her flank as they ducked safely through the gates and back where they belonged.She’s been an excellent caretaker of him for all these years, though we’re pretty sure she thinks he’s the most challenging foal she’s ever tried to raise, and he just never grows up and moves out like her others did!

We took Robin for a little walk for her birthday, which I suspect she enjoyed a lot more than she would’ve enjoyed a party. We took along her best friend Image, her son Hawk, and her (very pregnant) niece Ruble. I think she had a lovely time, although she isn’t sure about Hawk’s tricks – she says she definitely didn’t teach him that nonsense!

But I do think Hawk got some of his goofball nature from Robin – whether ducking out of a gate at the last minute and prancing away, and when I say her name trotting straight back where she belongs, or her favourite ongoing joke that John isn’t allowed to pet her, Robin LOVES her games.

There aren’t that many horses who get to be loved by the same family their whole lives, let alone live for 30 years. Robin is the dowager duchess of the farm, quick to complain that it’s hard to get good help, and fully enjoying the spoiling that comes with old age. I’m lucky to be her maidservant, and hope for many more years of being told that her stall is DIRTY, when am I going to do something about that? And that she needs a cookie RIGHT NOW.

Happiest Birthday Robin, we love you!

One thought on “Robin’s 30th Birthday”