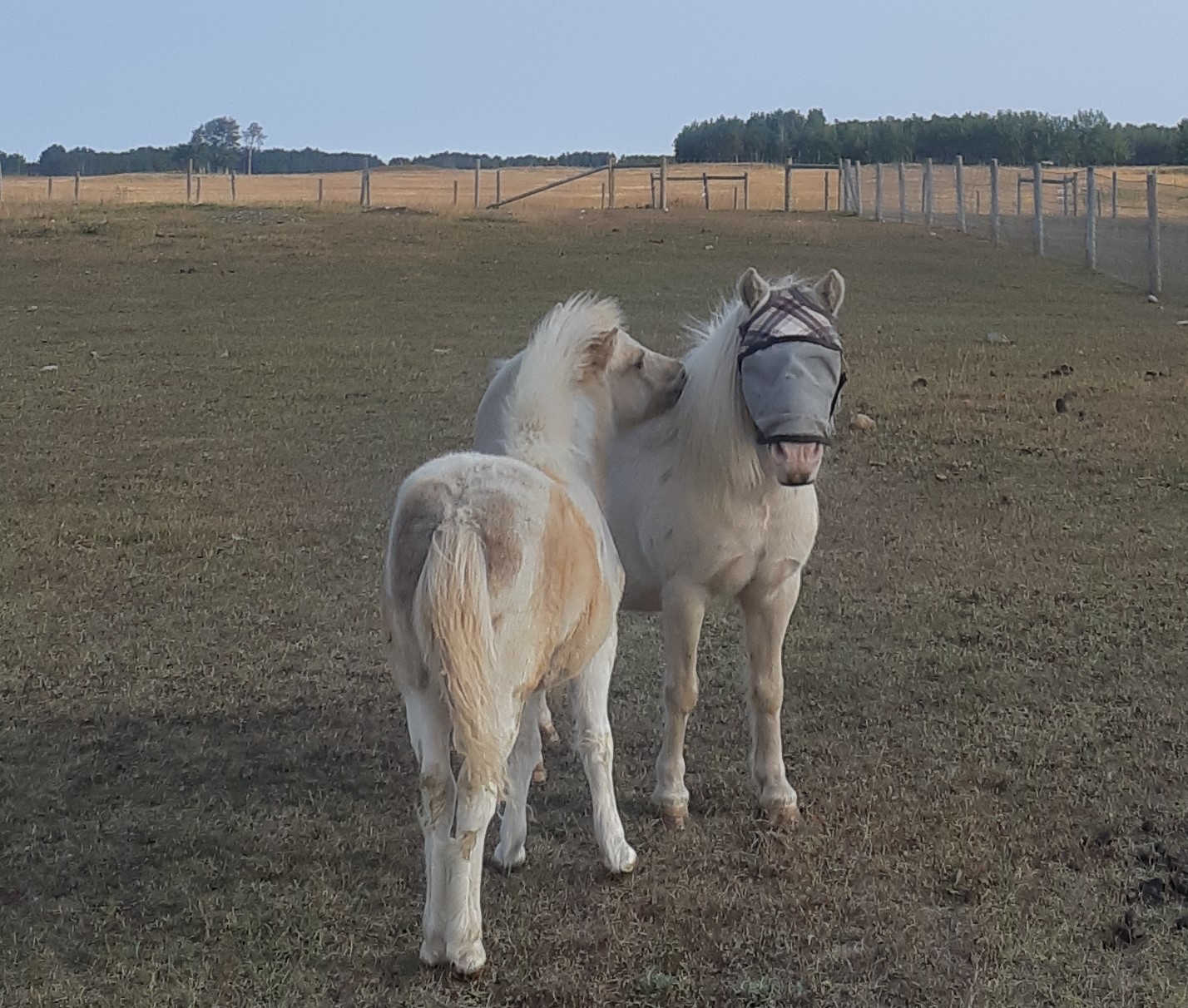 Tis the season when foals are being weaned and shipped off to new homes.

I’ve seen lots of posts recently of people getting their new babies home, and of course I’m so excited for them!

But the standard still seems to be weaning at four months of age, despite the current research that suggests that’s very early.

In the wild, mares routinely nurse their foals much longer, and a recent study shows that it’s the foal who decides when it’s time to stop nursing. And even after they do stop nursing, the foal stays close to the mare, given the choice, continuing to learn life skills and gain confidence and security from the presence of their dam.

While the mare’s milk changes at about 3 months of age, the foal still gains important nutrition from nursing until past 6 months of age, and early weaning has been traced to the development of stereotypic and other undesirable behaviours in adult horses.

And while the foal “pulling the mare down” has long been cited as a reason for early weaning, the studies also show that the most common reason for weight loss in nursing mares is simply that they aren’t being fed enough to cover the huge nutritional demands of nursing a foal. Don’t wean the foal; feed the mare.

I understand that in many cases foals have to be weaned as a buyer is waiting for them, but even a shift of the standard from four months to six would go a long way towards giving babies the best start possible.

Both breeders and buyers are going to have to work towards making this change.

I know that many (MANY) foals have been weaned at four months of age, or even earlier, and have gone on to lead healthy, well adjusted, happy lives. My point isn’t to make anyone feel badly about their baby they just brought home – if that’s you, I’m so excited for you, and I know you’ll make sure they have a great life!

I just want us, as the horse world in general, to think more about this. If it’s going to be better for babies to stay with their mom’s longer, then why wouldn’t we do that?

My baby was born May 5th. As I type this, she just hit the four month mark. I can’t imagine weaning her now. In recent years, the earliest I’ve weaned is 8 months, and those were colts. With a filly, and a mare who isn’t rebred, weaning isn’t on my radar at all. We’ll let them decide when the time is right to stop nursing. I realize that’s a privilege not everyone has – my foal is not now and never will be for sale, so there is no excited buyer awaiting her. But I think six months is a reasonable timeframe to aim for, giving our babies some more valuable time to grow up as they evolved to do – with their dam.

Interested in reading more about weaning? Here’s some links!

The Effects of Weaning on the Domestic Horse