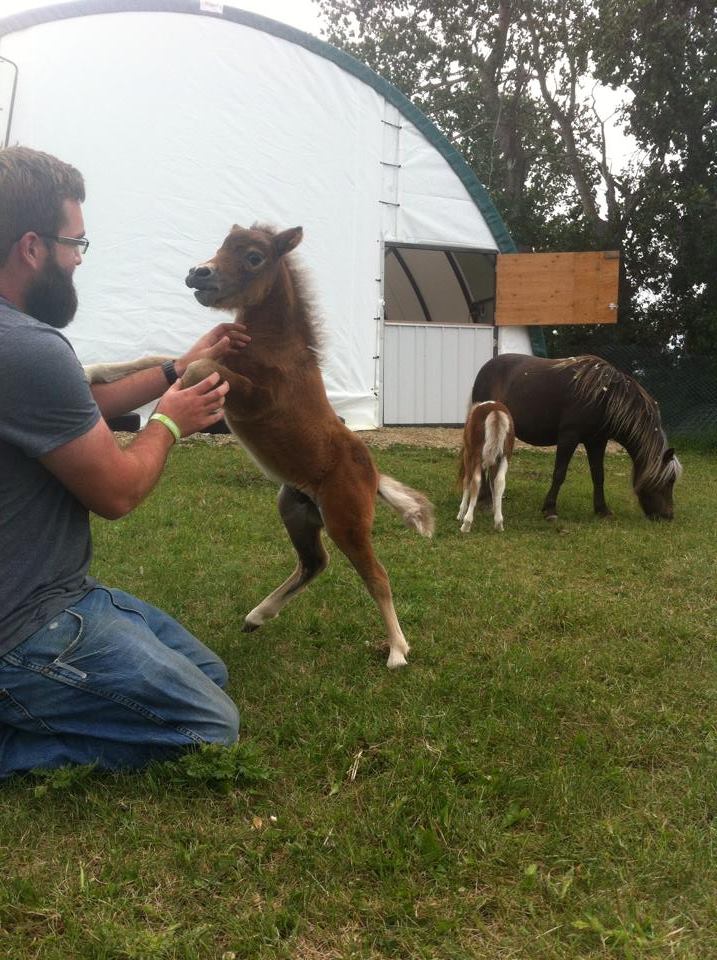 It seems like almost every day I see a post in a Facebook group talking about a young horse, usually under a year, who is “biting” or otherwise being “aggressive” and their owner is at their wits end and asking for help.

Unfortunately, that help tends to come in the form of a lot of suggestions of punishment (some of it alarmingly more like abuse) and a lot of talk about the very human concept of respect.

These cases tend to have a few things in common:

1 – the baby is an only horse, with no playmates of his own kind.

2 – the baby is most likely a colt, not yet gelded.

The first and best thing you can do is to get your baby a friend. They have a high play drive and “play” means rough and tumble playfighting, which humans are NOT interested in. Horses are herd animals. Your baby needs another horse as a companion. Full stop.

Your baby needs to be gelded, but this isn’t going to be a magic bullet for his behaviour.

And if you’re new to horses, the first thing to understand about this situation is that any sort of punishment is going to seem to your baby that you DO want to play the rough and tumble game he initiated! Yay, he thinks, now we’re really having fun together! Far from discouraging the behaviour, your attempts at punishment are probably interpreted as playing along with the game and you are likely to see MORE biting/rearing/climbing on you, not less.

Common advice would tell you that your punishment wasn’t strong enough – but even if you wanted to more seriously punish a baby who is just misunderstanding how to interact with humans, you’ll probably have to increase until the punishment is so painful or frightening that your baby is no longer interested in interacting with you at all … now you are scary instead of a playmate.

Instead of focusing on what we DON’T want, we need to focus on how we DO want him to interact with humans. Ears up, bright, in his own space and mouth closed? That’s when he gets all the attention – his favourite spots scratched and anything else you know he likes.

And when the rambunctious behaviours resurface? All attention from you stops. Remember that even bad attention can be reinforcing to them at this age, so literally NO attention is the key. Turn your back, look at the ground, ignore everything he does and if needed, walk away. And as soon as he stops and goes back to four feet on the ground/happy ears/closed mouth, it’s back to full attention, scratching and love.

If the naughty behaviour has become his default with you, start this through a fence, so you can easily stay just out of reach and not get chewed on while he figures it out. Working through a barrier is called protective contact, and it’s used in animal training a lot with large predators or fearful animals who are more able to engage when they know the human is safely outside of their space. You can teach so much in protective contact, and in this particular situation with your rambunctious baby you’ll be able to easily make it clear that behaviour other than biting is what you’ll reinforce, because he won’t be able to get to you and bite you. Set him up for success!

Be consistent, be kind, and your relationship with your baby will get better and better every day!